"I Was Going to Die in My Addictions" 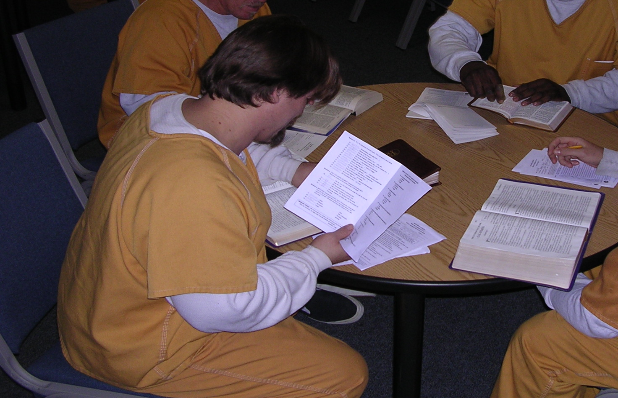 I grew up Catholic and went to church on Sundays. I went to catechism and received the sacraments of baptism, first communion, and confirmation. As a child I felt the love of God and enjoyed going to church and communing with Him. I was the oldest of three children, raised in a dysfunctional family. My father was an alcoholic and my mother was a co-dependent. My father’s absenteeism and my mother’s physical abuse, along with growing up in low-income housing projects turned my love for God into resentment and hatred toward Him. I felt like He betrayed me and I wondered why I had to go through the hell I was going through. I remember in second grade deciding that I was never going to cry again. From then on, I would not allow myself to feel pain. That was also the first time I got drunk. I was eight years old at a wedding and I found my magic elixir that made all my problems go away.

At the moment I stopped crying I became violent with the other kids at school. By the time I was twelve I was drinking every day and starting to use drugs such as amphetamines and marijuana. I also began to sell drugs on campus. In high school I was drinking hard alcohol in the morning and selling marijuana and methamphetamines. By the time I was fifteen I had overdosed three times. I started getting in trouble with the police. After I graduated from high school I started to shoot up drugs. My drug dealing had progressed to the point where I was doing my own collecting which was usually very violent. By the time I was in my twenties I was getting arrested on a weekly basis. My run-ins with the police were always violent and I always resisted my arrests. I was resigned to the fact that I was going to die in my addictions at an early age. My jail sentences became longer and longer.

One day I was in a court room, waiting to for the judge to call out my plea deal. I was looking at less than 30 days in county jail. They had dropped me from ten charges down to just one. I had already had plans to go after other drug dealers who owed me money. I was going to collect my money, take their stuff and ultimately kill them.

As I sat there waiting for the judge to call out my sentence I had a vision from God that appeared like frames from a movie. It was so real that it felt like it was happening right there in the court room. In the first scene I saw the three faces of the people I was planning to shoot. In the next scene I shot them in the head. In the final scene I was getting taken down by the police and going to prison for the rest of my life. I stood up in the middle of the court room and shouted, “The deal is off! I need help now!” After the lawyer and the judge calmed me down they told me I had to wait for my case to be called. When the judge finally asked me to explain myself I told him that I would rather die than spend the rest of my life in prison. I needed to get into a rehab program.

Up until this point my resentment and anger toward God was so great that I thought I had lived through everything because God was afraid of me. I literally wanted to kill God. Now that I had embarked on my recovery journey I realized early in my sobriety that God obviously was not afraid of me but allowed me to live so that I could help others recover from alcohol, drug addiction, and anger. I eventually found a church and soon became a member where I was discipled and baptized. God blessed me and allowed me to become licensed, and I am now an ordained minister in my church. I have been clean and sober since September 6, 1988. God has blessed me in every area of my life. I am now a project manager and estimator for a large construction company. I am an associate pastor of my church and have ministered to men in prison for over twenty years. I am blessed with a beautiful Godly wife and three children of whom I am very proud. God has taken me from a self-centered, violent man and used me to lead hundreds of men, just like I was, to the Lord. I’ve watched them get clean and sober and become productive members of society and active members of their churches. Once we accept our reconciliation our responsibility becomes reconciling others back to God. – Kirk (Today Kirk is one of our faithful volunteers and serves his church as Associate Pastor.)

More in My Life Changed

"I Was Going to Die in My Addictions"

Knowing Jesus Is The Only Thing That Helps Me Survive

I Have A Choice To Make In My Life

Want to make a difference?